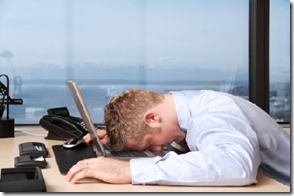 I have been extremely quiet about this for multiple reasons, but most of all because I just haven’t had the time or energy to talk or write about it.  Work has been crazy lately to say the least.  I have been working non-stop for the past five weeks, putting in anywhere between 70-90 hours a week.  I have been working between 13 and 15 hours a day, 7 days a week.  Many parts of life get put on hold with this type of schedule and with the lack of sleep that goes along with a work schedule like this, many things are possible.


And…. I haven’t been running

The longer hours started even a couple weeks before that time, however I was still running.  The running wasn’t great, but it was happening, until an early morning 3.1 mile run that cut me off on August 15th.  Things were going great for the first half of the run, it was cool and comfortable and I was taking it easy just enjoying the run when out of the blue my right calf locked up on me.  The hobbled walk home didn’t help I am sure, but I had very little option considering I was 1.5 miles from home and it was about 5:30 – well before my wife wakes up.

It took a few days before it started to feel any better and so I took the rest of the week off and decided to give it a test the next Monday morning.  Once again all was going good, but then after just a 1/2 mile it once again knotted up on me causing me to turn and hobble home.  It wasn’t as bad as the first time, but I was more conscious of it and stopped the instant it started to alert me.

I again took a week off to be on the safe side, all the while not understanding what was going on.  The following Saturday I was just walking around at my daughter’s Cross Country meet when it started to hurt.  That was at the end of a 90 hour work week so I all but gave up worrying about it, because it was not the only thing keeping me from running.

These past few weeks have been so busy at work that even if I was completely healthy I am not sure how many miles I would be putting in, however that didn’t change the fact that I was missing it and getting extremely frustrated with the fact that I couldn’t run.

Through all the hours at my desk I finally started to wonder if all the sitting was possibly causing my issues.  It never really dawned on me until one evening when the pain I was having in my right calf mysteriously moved to my left leg.  That was the only day I experienced that but opened my eyes to what could possibly be happening.

I have not tried running again for nearly 3 weeks since the last failed attempt….. until today.  My legs have been feeling good and I have changed my work chair got up and walked around a bit throughout the day.  I wanted to take a test run earlier this week but it just didn’t happen.  Last night I got a really good (as far as time anyway) nights sleep and so I decided to give it a go this morning.  I headed out the door without a watch and with 1 mile in store.  I refused to take the watch because I wanted to take it really easy and not get caught up with how fast I was or wasn’t going.  I also made the decision before heading out the door that I was only going 1 mile.  It didn’t matter how good I felt I would not go further than 1 mile.

The run went good and I didn’t have any pain.  I took it easy, but didn’t feel like I was going dreadfully slow either.  It was enough to break a bit of a sweat, but not much of one considering the nice 69 degree temperature.

I am trying to not be overly optimistic.  I will try again soon, but will continue to take it easy both in distance and pace.  I just want to run again as I need it to help deal with the stresses of life, not to mention with what I eat.