The North Face Endurance Challenge is in Atlanta 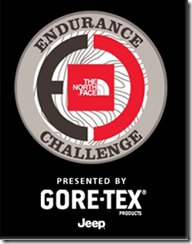 The much anticipated weekend for many Atlanta runners has arrived as The North Face Endurance Challenge arrives with it’s flurry of races.  Since this is only the second year the challenge will make it’s way to Atlanta I am sure there will be many who will be running it for the first time.  F.D Roosevelt State Park in Pine Mountain will no doubt be the place to be for Trail Runners and Ultra Distance Runners from more than just the surrounding area.

This race was on my list for some time, but with my recent injury and lack of mileage lately I dropped it from my calendar.  A recent email prompted me to rethink that, but unfortunately I was not quick enough to get registered in time to join in the excitement.

With races ranging from 5k to the elusive 50 miler there is a distance for everyone.  I have a lot of running friends who will be participating in different events this weekend.  One will be running his first 50k, two others running their first 50 milers, and one who is hopeful that she will be the one to break the tape after trudging through the woods for 50 miles.

I am a bit bummed that I won’t be running, but there’s always next year.  Who knows maybe by this time next year I will be ready to battle the 50k or 50 mile distances….. we will see. 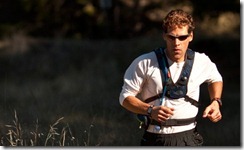 Those that make it out this weekend will have the privilege of meeting  UltraMarathon Man, Dean Karnazes in person as he runs a little bit of each race.  I am wondering if he would have run all of the races in their entirety if they were not being run simultaneously. :)  Maybe he will chime in because I am sure he is a regular reader of 26.2 Quest. :)

Will you be running the North Face Endurance Challenge in Atlanta this weekend?  If so, what distance are you running?