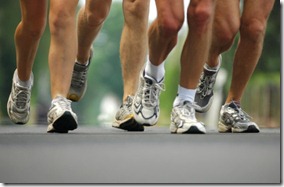 It has been a long time since I have run a distance that I would previously call a long run.  My running has recently been cut back so much that I affectionately referred to even a three mile run as a “Long Run” not too long ago.

It doesn’t seem too long ago that I would talk about 10 miles like it was no big deal, even priding myself that I was perpetually in half marathon fitness – but then life happened.  Work and then ultimately injury stepped into the picture and I found myself sitting instead of running, even to the point that I went more than just a few days or weeks without lacing up for a single run.

That time has now past

After many discouraging attempts at returning I am happy to say – that time has now past.  Simple one mile runs which left me sore the following day are once again nothing but a memory as I slowly test the long run legs ever so cautiously. Just one week ago the longest run I had attempted was five miles, but I am happy to say that the roads and trails have been nothing but accommodating with each new foot-fall.

Yesterday a friend and I met for an early morning long run on some local trails.  He is running the Pinhoti 100 in just a couple weeks and I committed long ago to crew and pace him a bit.  The pacing will not be the previous agreed upon distance of 20 miles, but will be a challenge none the less.  We hit the trails at 5:30 and just ran until my body told me I was finished.


…that run that reminds you that all is not lost, that you will return

I ran just shy of 9 miles, and really didn’t quit because I was tired or hurting, but rather because I had asked enough of my legs and if I continued to circle I would be tempting fate.  The run felt good, and yet was a push.  If it was nothing else, it was a confidence run – that run that reminds you that all is not lost, that you will return.

As I continue to lengthen the long runs I will be thankful each time that I can run.  Instead of feeling sorry for myself that I am not as fast as others, or cannot endure as long, I will be thankful that each step will not be my last.