This past month I was given the opportunity to participate in a Running Form Clinic offered by West Stride in cooperation with running form expert Kyle O’Day of Continuum Sports Solutions.  I, like most runners, am aware of my form, but I am never absolutely sure if I am doing it right.

If you read much about running form you know that a lot of emphasis is put on foot strike and what type of shoe you wear or maybe don’t wear.  Too many times people try to fix their form and bent toward injury with shoes or other gadgets instead of seeking professional help with tuning up their form.

Many runners don’t even think about form and it’s affect on injury, but rather think of it as a way to speed up and stay fresh instead of the premature fatigue most of us experience.  If only I can fix my form I will finally be able to set that new PR, or go that new distance.  While correct form will help both speed you up and take you further, the method to fix the form is once again approached wrong – many times with the focus being on shoes and foot strike.

If you read my three previous articles on this clinic you have seen how much I learned in the four weeks we met.  I previously thought I knew running form pretty well.  I taught my daughter what I learned when I was in high school and was proud to watch her run with what I viewed as pretty good form.  I rarely questioned if my running form had anything to do with my recent and numerous injuries.

The first of the four sessions was a show and tell with videos showing both incorrect and correct form.  Kyle also explained what we would be doing in the coming weeks to analyze and fix any running form issues we had.

The second session was the first time we took the short run to a local track.  We talked a lot about our posture and how it is the basis for good running form.  We worked on learning some drills that we would continue to use throughout the entire clinic.  The drills helped ready us for the lower body techniques we would be learning later in the clinic, but also was helping us “feel” the posture we were currently working on.

The third session started to incorporate some lower body form.  Kyle did not let us down when he had previously warned us that lower body form would be much harder to feel, and that most of us would not pick it up as quickly.  I was a perfect example of this, and I even served as comic relief for some of the West Stride group that was helping watch and correct us as we worked on what we had been taught. 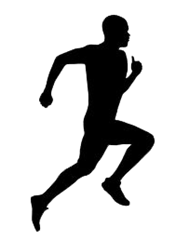 The fourth and final session pulled all the different things we worked on together as a package.  We all had the weeks between the sessions to work on our form and practice what we had been taught.  This last week gave us the opportunity to ask questions and get feedback on how far we had come.  We once again used the drills to drive home the posture and leg action.

In addition to what we had already learned, we worked on maintaining form while running hills, as well as changing tempo.  The final piece to the puzzle was foot strike.  Don’t let me mislead you into thinking we didn’t talk about foot strike often, but this was the first time we actually worked on it.  We spent a lot of time talking throughout the four sessions on how foot strike is more of a result of good form, and yet trying to change foot strike will not, in most cases, help with form.

Working on this foot strike at the end gave everyone a good chance to work on their form, and many foot strike problems took care of themselves as the form was corrected.  What helped further was when a slight problem was detected with foot strike Kyle could point to the issues with the form that caused it, and it was easy for each runner to understand what needed to be done to further correct the foot strike.

When it was my turn to have my foot strike analyzed I intentionally didn’t think about anything and tried to run as I did normally.  I wanted to see what my foot strike looked like without any correction on my part.  I was happy to find that I have a mid-foot strike and further correction in form as I train my body to know what good form is will only serve to perfect it even more.


What did I learn? 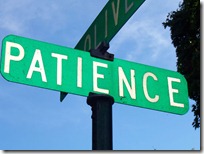 I learned a lot, much more than I expected to.  What I wrote about each week and summarized in this post is only the highlights.  I am extremely pleased with how the clinic went and would do it again if given the opportunity.  While I understood how important good form was, I didn’t know what good form was specifically.  Going through the West Stride Running Form Clinic  with Kyle O’Day from Continuum Sports Solutions gave me eyes to be able to see good and bad running form, but more importantly the teaching helped teach my body how to feel good running form.  I still have a lot of practice to get to where it becomes natural, and I need to have patience as I work on it, but I now have the tools in the tool chest to work on it intelligently.

What are your thoughts on running form?
Have you ever thought about taking part in a running form clinic?
Where do you feel you have the most room for improvement?