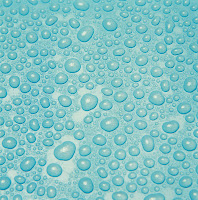 This mornings 14 miler was an OK long run. I did this one on my own for most of it this time. My girls long runs have been moved to Monday's by the coach so they just did a short run this morning with each other.

It was really humid with 89% according to weather.com. In fact the first 8 miles it was a really fine mist. It stopped for a few miles and picked back up for the last mile.

I carried water and Gatorade with me and drank regularly. This didn't seem to change the run much from last weeks long run when I didn't carry anything. I did take a GU at about 9 miles (note to self - Apple Cinnamon sucks - am I the only one that doesn't really want to taste anything 8+ miles into a run? Why do they make all these crazy flavors..... I would prefer water flavor thank you!)

After taking the GU I did notice a pep in my step so maybe I didn't get enough good fuel yesterday to fuel this run...... tweak tweak tweak.... that is one of the things these long training runs are for.

I did, however, finished strong. My neighbor saw me when I had just about 1.5 miles left and she was out doing a recovery run. She turned around and we ran the last bit together.  You can see all my stats for this run here.

When I got home I checked again and I had lost 5.2 lbs on the run. This was after downing a couple glasses of water and one of Gatorade after getting home, and after carrying water and Gatorade with me.

I ran a mile out and then did a 6/6.5 mile loop.  On the first loop I was coming down a small side road that borders a busier freeway-like road (I was running down Tree Lane bordering Ronald Reagan Parkway right in front of the hospital for the locals)  I saw a car going really slow on Ronald Reagan which was strange.  Just when the car past I noticed 4 teenager/early 20s kids standing along side of the road (of this no-pedestrian road)  I thought that to be strange, but then I noticed dirt up on the road I was running on, and a dividing fence that didn't look quite right.  By this time I realized what had happened so I started to think about stopping to offer to call for help.  Silly me..... they were all on their cell phones.  I overheard one of them say something like "we rolled the car"

As I continued on I saw a police headed that way, and then an ambulance and a fire truck.  The road was probably a bit wet since it was still misting as I came by the accident.  About an hour later I came back by the same area and by this time they had the tow truck pulling the Mustang out of the ditch.  It didn't look like they rolled it, but it obviously slammed into the ditch pretty good on the one side.  Oh the excitement we see out putting the miles in!

What is the strangest thing you have come across while running?
Do you have an opinion on GU Flavoring?