A Weekend of Roads and Trails 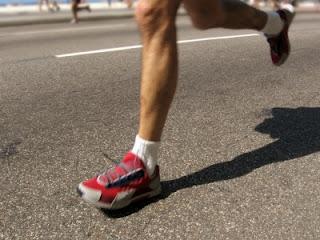 A weekend like this past one doesn't come around very often.  The sun was shining all weekend long, unlike the rain that is coming down as I write this.  Sure it was Super Bowl Sunday, but since I am not a hugh sports fan, that wasn't the highlight of my weekend.  However, just so we are on the same page, hanging out with friends while the Super Bowl was on, was one of the highlights of my weekend.

Saturday was a little cool and I had the opportunity to head out for a Family Running time with my daughter Payton. We set out to run just 3 miles together and she ended up having to call it quits after a couple miles because her foot was hurting. She did however help me set a good pace so I continued at the same pace speeding it up only a little. It turned out to be a great 6 mile tempo run, and an unplanned one at that. I ran in my Saucony Grid Raiders which I don't run in much because they have somewhat of a ridged feel to them, but they felt good for this run. :) 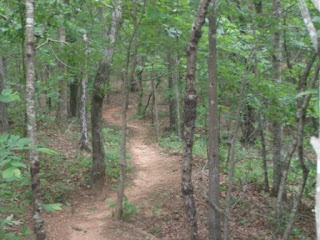 Sunday afternoon brought a half marathon trail run at the Yellow River Park (don't drink the water) near Stone Mountain.  The first half of the run I ran the familiar mostly technical trails up near the river, but the second half I ventured off onto some wide and some technical trails up and down and around the hill inside the park. Some of these trails seemed like they had not been used in quite some time and I had to watch my step quite a bit, but they were fun.   These other trails were also nice because I didn't have to deal with the people that were all over the normal trails I run near the river banks. There were quite a few people out on the trails today because it was so nice with the sun and nearly 50 degrees.

The weather was awesome for running and gave me the opportunity to run in shorts and a t-shirt which was a really nice change from the colder weather we have been having lately. I started with some GU Chomps and had a GU mid way through the run. Speaking of GU, if you haven't entered to win a GU Sampler Pack you need to get rocking because the entries are stacking up.

Thanks for stopping by and following my training for my third 26.2, it really is a pleasure to have you along for the ride and I love to read your feedback in the comments here on the blog as well as on the 26.2 Quest Facebook Fanpage.  What kind of weather did you have this past weekend?  Did you get out and run, even if it wasn't as great as ours was here?  How about the Super Bowl, did it go your way?

Vote for your Favorite Running Blog, your vote for 26.2 Quest is appreciated, but not necessary.