Running The Steep Hill After The Valley 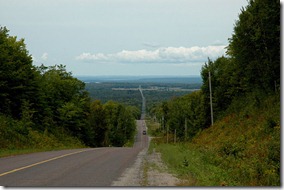 As runners we are always talking about the ups and downs of running.  We may talk about how hilly a course was, how bad “that hill” was, or how much the hill repeats we did last night took out of us.  Some of us talk about loving hills, while others talk about how much they hate them, but unless you never leave the track, the truth is we will all run them.

Hills are just one example of the ups and downs we go through as runners, and in fact are not the ones I am writing about today.  The other all too familiar ups and downs we experience as runners are the roller coaster rides our training, running ability, and overall fitness seem to take us on as our running career builds over the months and years.  If runners were completely honest about it, every one of them would tell you they experience varying degrees of these ups and downs for more reasons than we can even begin to touch on in a short article. 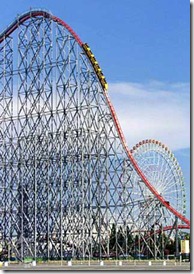 These ups and downs in our training and fitness can be explained many times just as if we were recalling a recent race or one of our favorite training courses.  There are times when we feel like we are on the mountain top having just completed a long steady upward climb that makes that mountain top feel all that much more glorious, while at other times we are headed downhill trying to keep everything under control. We know all too well we will be in that valley very soon looking at that next long steep hill as we find ourselves climbing once again to the top of the next mountain.

There are as many reasons for these cycles as there are runners experiencing them.  You could be plagued with injuries while others may have trouble due to work and life schedules.  Some runners experience the roller coaster ride because of poor eating habits, while others may find themselves with a lack of motivation and in some cases just plain laziness.  Some runners find themselves in situations where a life emergency has stopped them in their tracks, leaving them in the valley with no choice other than to start the slow and steady climb.  The reasons are countless, but they all fall into one of two categories – reasons we can control, and reasons out of our control.  I would venture to say that most of the times we find ourselves in the valley the reasons are ones that we control either directly or indirectly. 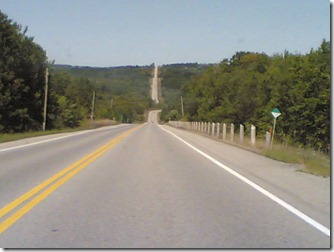 These past six months I have been in the deepest and widest valley since starting to run in early 2007.  The downhill trek started as I made the decision to build my mileage too quickly while trying to cram for the Publix Georgia Marathon in March.  This decision, which resulted in injury, was one of the worst decisions I have ever made regarding training and I have paid for it dearly ever since.  I wish I could say that once I recovered from injury I started the climb on the other side of this valley, but other “reasons” tripped me up as I started my long ascent.

My return was much like a course with small rolling hills, just as I thought I was making it to the top I would see the next hill awaiting me ready with all it’s own struggles and discouragements to pile onto my already weakened determination and confidence.  Through this ascent I have found myself continually defeated by many of the “reasons” I mentioned earlier. As I analyze these past few months I feel I need to refer to most of the “reasons” as “excuses” since they have been choices I have made due to laziness and lack of discipline.  I have repeatedly skipped runs while making sure I never missed any meals.  This destructive behavior has taken it’s toll on my motivation as well as giving gravity a stronger hold on me. :) 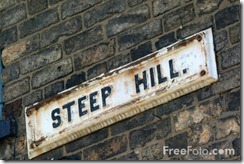 There does seem to be an encouraging glow on the horizon, a glow that I have not been able to see until recently.  I still have some of the steepest climbs in my path, but I am starting to see the rim of the canyon I have been wandering in these past six months.  Work has been very busy recently and does not appear to be slowing down any time soon which means I will need solid motivation and determination to achieve this final ascent.

Motivation, determination, and discipline are strengthened with goals.  I have the benefit of upcoming races which will require strict training schedules to complete successfully, something I was lacking throughout the past six month valley.  I am not naïve enough to believe that this final climb will be easy, but I do know it will be possible.  I am tired of the depression and discouragement that comes from making poor training and eating choices and I look forward to being on the other side once again.

Do you ever find yourself in valleys that don’t seem to end with seemingly unachievable climbs in your path?  How do you break the destructive cycle and get back on track when you find yourself in these training ruts?