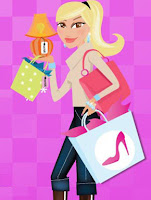 As you can see by the picture, her hobbies don't include running the roads, however she has been known to run from store to store at times.  Even though she doesn't, hasn't, and probably never will want to run she still knows more about running than many runners I know.  She knows this because she supports and listens to me, even when it doesn't interest her.

Mornings are not her strong point, yet she has cheered me on at many races, including my latest marathon where she woke up at 5:00 am so we could make it in time to stand out in the cold for the early morning departure.  While I spent 4 hours out on the course she stayed waiting in anticipation for me to finish looking like death on two legs. 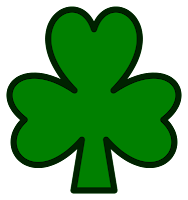 She is happy for me when I meet significant milestones or set new PR's, and listens when I am depressed after another difficult run or feeling another injury coming on.  She cooks me my special meals so I am prepared for those long runs and races, and washes my stinky running clothes day, after day, after day.  She doesn't complain (too often) that I have more shoes than she does, even though every one of them costs more than her most expensive..... and maybe even most of them put together.

She is what anybody would want and hope for in a Non-Running partner and wife.  She has proudly supported me through times when I weighed much more than I ever should have, and didn't give up on me while I spent a year trying to figure out how to shed the weight and turn to a healthier lifestyle.

Lisa, thank you for not giving up on me and being my biggest supporter, I love you and am both proud and humbled to be wishing you a happy 21st anniversary today.  Thank you for never standing in the way of my running even though you sometimes talk in your sleep and tell me how irritated it makes you sometimes.

Thanks for being my Favorite Non-Running Partner and Lucky Charm. I Love You Lisa!