A Cold Ten Miler, The First Since The Marathon 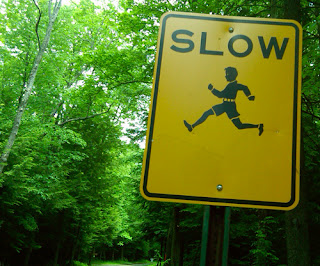 It has been a less than stellar six weeks of training since the marathon.  I started back just as I wanted to the week following the marathon, even though the coming week was Thanksgiving week and we were out of town.  It was at the tail end of that week that I hurt my back from too much driving and trying to run with a sorta hurting back.  That run felt good, but my back did not for over a week after that.

The setback of being hurt so soon after the marathon, and the holidays being upon us sent me down the same path I went last year following my first marathon.  I have had some decent running, but have not run too many days in a row before this week because I didn't want to run the risk of re-injury.  The fear of re-injury has also kept my long runs somewhat.... how should I say it..... short.

I have something to share about an upcoming marathon before too long but I am not ready to share quite yet.  That being the case I decided I needed to get on a schedule to get my long runs back to where they were, and to do it quickly.  I wanted to do a 10 miler yesterday, my first double digit distance since the marathon, but that run didn't work out because of family being in from out of town, and a snow storm and then freezing temperatures that came in the night before leaving the roads runner un-friendly for a morning long run.

Since I am on vacation the rest of the week today seemed like a very good alternative considering my brother and his family were not arriving till later in the afternoon.  The temperatures are not much different than they were yesterday, however the roads and sidewalks have had a chance to recover so the long run would take place.

My daughter Payton also needed to get a long run in today and she asked if I could run with her.  She was supposed to do 7-9 miles but I talked her into running the 10 that I wanted to do.  We bundled up for the very windy 32 degrees and headed out into the deceivingly sunny weather at the stroke of noon. 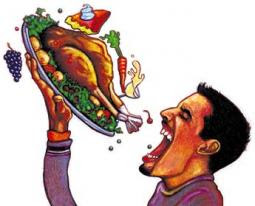 The part I haven't mentioned about the past few weeks is how I have been eating.  I will just leave it at that and you will understand why I was a bit concerned as to how difficult this run was going to be.  We took off and we were moving along at the pace that I wanted to keep to be sure I wasn't dying at the end of the 10 miles.  We were sticking it right at 9 minute miles which was my marathon pace, which is slow for Payton who can run this distance at 8 minute pace without any difficulty.  It was difficult, but not so difficult that I thought I wouldn't make it, just difficult enough to remind me how I had been eating and training in the previous weeks.

We got to the turn around point and the first five miles were history.  Payton asked if we could stop because she forgot to "dress" her blisters and they were hurting really bad.  She checked them and they were quite bad.  After trying to run for another minute we decided it was time to call in the reinforcements and mom was called to bring the Mueller More Skin and other First Aid items so the blisters could be dressed for the return 5 miles. 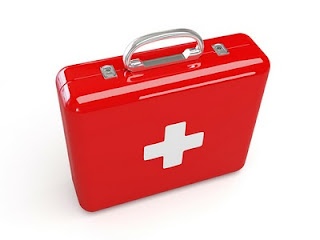 The Staples store offered a warm environment, however the employees didn't look all too thrilled that two sweaty runners were walking around their store so we opted to stand right in front of their entrance so everyone could see us as they were walking in instead.  The wait seemed to take forever, but the First Aid Crew showed up and after a thirty minute pit-stop we were back on the road for the return trip.  We asked the First Aid Crew to give us about a 10 minute start and then to check with us as she passed us to make sure all was OK.  We got almost 2 miles by the time she passed and we were able to give her two thumbs up.

The return 5 miles was at a slightly faster pace, finishing it off with an 8:15 pace for the final mile.  The return trip was mostly directly into that cold wind which gave us wind chills down in the mid-teens.  I am sure we had very rosy cheeks which was quite appropriate as we passed Santa in his sleigh that looked an awful lot like an SUV.

It was an interesting run, but I am still very happy with it.  It is a run that will give me confidence to move forward and get back into the mileage I was running leading up to the marathon.

Don't forget to enter the giveaway and comment often on the Facebook Fanpage so you can win the Meb Keflezighi's Run to Overcome book, the time to enter is starting to get short.